Brave launched a beta of Brave Search 12 months ago. The search engine is now out of beta and the default search engine of the Brave Browser in several regions. 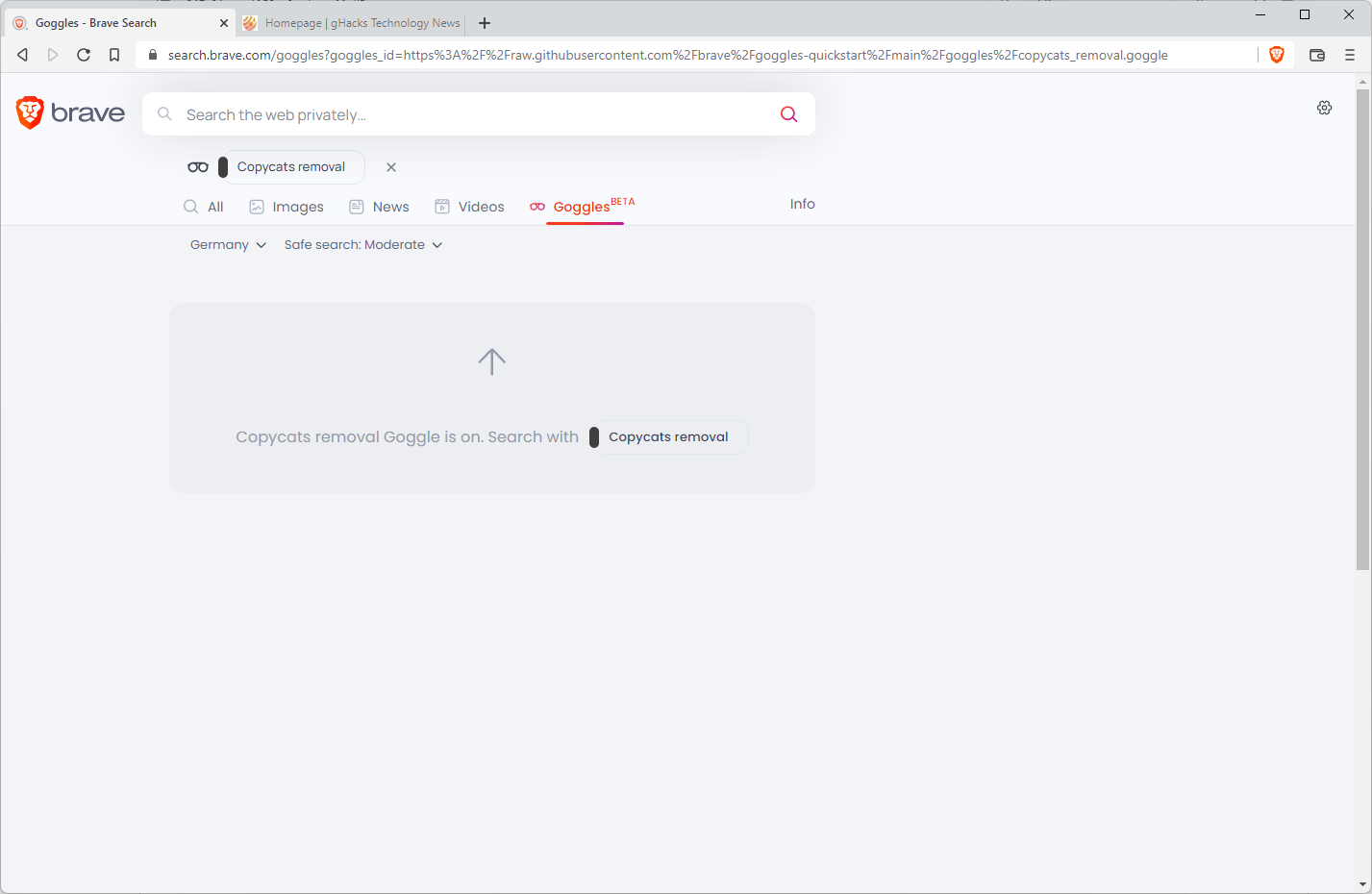 Goggles is a new beta feature of Brave Search, which may be used to customize the default results listing of the search engine.
Goggles are simple, self-contained text files which can be hosted in Github or
Gitlab. These files contain instructions allowing you to tell Brave Search how
you’d like your results to be ranked. You can target specific URL patterns
(and, soon, website titles and other aspects of Web pages) and indicate how
their ranking should be altered (e.g. boosted, downranked, or completely
discarded from the results).
Goggles, which is currently in Beta, allows anyone to create private or public instructions. The beta launched with eight public customization options, which users may select directly on Brave Search or launch directly through specific search URLs.
Here is the list of available Goggles:
Goggles may be loaded directly. The No Pinterest Goggle has this URL: https://search.brave.com/goggles?goggles_id=https%3A%2F%2Fraw.githubusercontent.com%2Fbrave%2Fgoggles-quickstart%2Fmain%2Fgoggles%2Fno_pinterest.goggle&q=laptop%202022%20review&nav=site
Brave Search highlights results affected by the using of a Goggle.

Please click on the following link to open the newsletter signup page: Ghacks Newsletter Sign up
Ghacks is a technology news blog that was founded in 2005 by Martin Brinkmann. It has since then become one of the most popular tech news sites on the Internet with five authors and regular contributions from freelance writers.