The pair declined to share hard numbers to support the company’s growth, but did say that Magic Spoon’s products have reached more than 1 million customers in the past three years.
And, while it has mostly been a direct-to-consumer brand, Lewis says adding retail was part of the plan all along.
“The plan was to grow the business as fast as we can and layer in new things over time,” Lewis told TechCrunch. “We wanted to do one thing at a time, do it well and then move on to the next one. We started with our website, then Amazon, with the goal of layering on additional channels to grow in new and different ways. Now we are ready to lean into retail and go onto shelves.”
In fact, Lewis and Sewitz have always planned to launch products away from the cereal box. Sewitz said he couldn’t go into more detail at this time as to what other products are in the pipeline, but Magic Spoon has a line of limited-edition cereal bars, which will become permanent members of the product line this month. 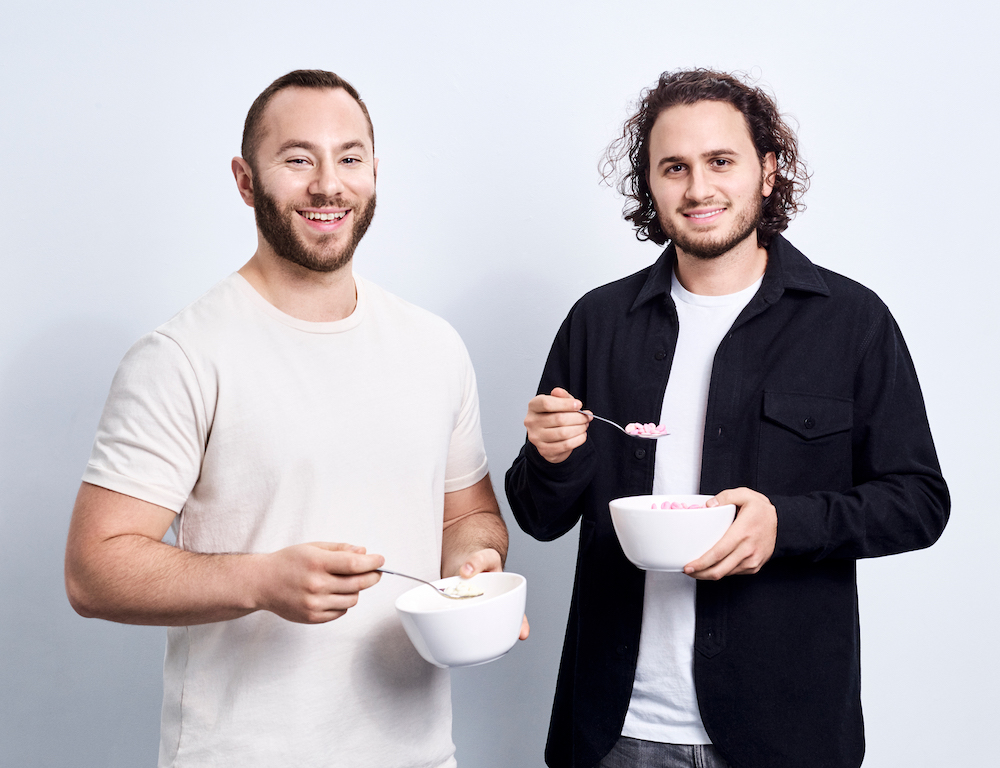 Magic Spoon co-founders Gabi Lewis and Greg Sewitz. Image Credits: Magic Spoon
Magic Spoon is not alone in tackling a healthier version of breakfast. They are among companies like OffLimits and Crispy Fantasy in cereal and Kreatures of Habit and Yishi in the oatmeal space. Some have also gobbled up venture capital dollars as they grab a piece of a breakfast cereals market poised to be valued at $51 billion by 2028.
When asked who they think their competitors are, Lewis and Sewitz say they don’t technically think of themselves as competing against just cereal brands, but with breakfast and snack brands, as a whole, for the right to be at the kitchen table.
The new capital injection positions Magic Spoon as “very well capitalized with its retail launch,” Sewitz said. He noted that investments will be made in growth and adding talent to scale up around logistics, customer service and growth marketing as the company balances both DTC and retail.
The company currently has 41 employees, up from 20 a year ago, and has about a dozen open jobs on its website. With the expansion of its sales channels, it made the move to bring in Rachelle Lynch as head of sales in March to lead that department and work alongside the digital team to build that business, Lewis said. Lynch previously held sales roles at Mason Dixie Foods, Hu Products and Jeni’s Splendid Ice Creams, according to her LinkedIn profile.
David Moross, co-founder, chairman and CEO of HighPost Capital, said in a statement that, “In a short period of time, Gabi and Greg have built a tremendous brand with a fiercely loyal and engaged consumer base through their unwavering commitment to innovation and creativity. We look forward to leveraging HighPost’s deep consumer sector expertise to support Magic Spoon’s continued growth.”
VCs have growing appetite for ‘AgriFood’